Less than a month after opening our doors for business, a flatbed trailer being towed down Highway 17 gets loose, comes barreling straight at us, crushes a car parked against the side of our building, cracks the cinder block wall and comes within inches of destroying our humble new abode.

Fortunately, we lived to tell the tale.

1972 – We discover that practicing fundamentals like keeping our word, delivering jobs on time and being quality conscious are enough to differentiate Sheriar from other printers. At that time in Myrtle Beach, no one expected their printer to do what they said they were going to do. We begin to build a customer base. Some of those folks still do business with us today.

1974 – Sheriar Press moves into a palatial 4000 sq. ft. facility of its own. There’s enough room for people to think their own thoughts. We acquire a Heidelberg KORD press. There is no nostalgia for the first three years in our original, virtually uninhabitable location.

1975 – Jim Wrobel arrives from the big city of LA. He is a four-color stripper. We begin running four-color work on our single color KORD. Eight passes through the press for a four over four job. What fun. Jim is still going strong at Sheriar. Our stripping department, on the other hand, is long gone. It’s all electronic now.

1976 – Sheriar Press adds a second KORD. This means we can now run four over four jobs eight times through two presses, not just one. More fun. Sheriar Press begins to get a reputation in Myrtle Beach as a printer that can do high quality four color work without having to send it out of town. Not the easiest feat in the world on single color presses.

1977 – A real estate boom begins in Myrtle Beach. And guess what? Real estate marketing is collateral intensive. There is no internet yet. There’s a never ending demand for new real estate development brochures, floor plans, folders, direct mailers etc. Sheriar Press develops a special expertise in producing marketing pieces for new condo projects and new communities. Off and on, this boom lasts for the next thirty years. It’s good being a printer in Myrtle Beach. Then, one day, the whole boom goes kaboom.

1980 – After having opened our doors in 1972, Sheriar Press has already lived through the recession and fuel shortages of 1973-1975 and now it’s the 1980 recession and interest rates are spiking and the economy feels very shaky. We’re still learning what it means to be in the printing business in Myrtle Beach and how to hang in there through downturns in the economy. The beach has changed a lot since 1972 when pretty much everything shut down after Labor Day. The golf boom is off and running. There are more restaurants opening. But Myrtle Beach is still a long way from becoming an official MSA. The Bypass hasn’t even been built yet. 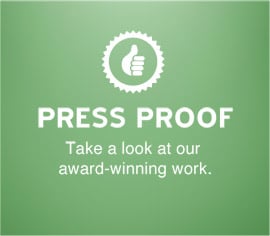 Sheriar Press Wins Most Awards of any Printer in North and South... Read More